Yemen Truce: A Window for Peace not to be Missed
AFKAR 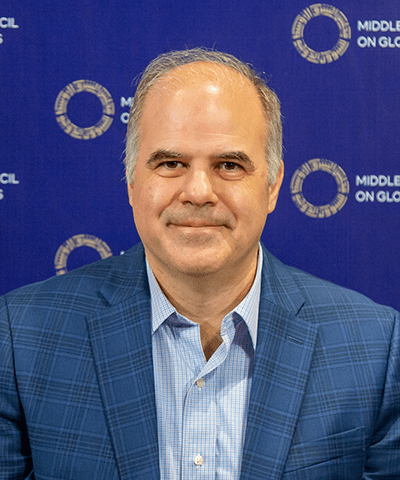 During the past five months, Yemenis have experienced a welcome lull in their country’s devastating seven-year civil war. In April, a United Nations-brokered truce went into effect between Yemen’s transitional government, backed by a Saudi-led military coalition and a tepid partnership with Yemen’s southern separatist movement, and the Houthi-led movement allied with elements of Yemen’s former ruling party and supported by Iran. The ceasefire, which has since been extended twice—most recently on August 2—has provided much needed reprieve for the embattled population, reducing fatalities to their lowest levels since the conflict started, while allowing both sides to regroup. The transitional government replaced its leader, the seven-year interim President Abdrabbuh Mansur Hadi, with a broad-based Presidential Leadership Council. The Houthis, a predominantly Zaidi Shia rebel movement from Yemen’s north, have been replenishing their forces after costly but failed attempts to capture the city of Ma’rib to the east of the capital, Sana’a, and advance in the oil-rich province of Shabwa.

The truce has also created a window of opportunity to advance stalled negotiations to end the war. Despite years of fighting, neither side has gained the upper hand. The transitional government and its allies control 70 percent of Yemen’s land area. The Houthis control the capital and the northern parts of the country where 70 percent of Yemenis live. For either side, any gains from further fighting are likely to be incremental and would come at a prohibitive cost: further loss of life, erosion of livelihoods, destruction of infrastructure, weakening of local institutions, and entrenchment of foreign interests. Achieving a durable peace will require compromises that neither side wants to make, but which may be better than the alternatives. The warring parties should not miss this opportunity to explore mutually acceptable parameters for a settlement.

Yemen’s civil war has been among the most devastating humanitarian calamities of the century. The United Nations Development Program (UNDP) estimates that the conflict has led to 377,000 deaths between 2014 and 2021 as a result of both direct and indirect factors, such as lack of access to food, water, and health services. Close to 70 percent of these deaths were children. Moreover, 24 million people—80 percent of the population—require humanitarian assistance, and the World Food Programme describes the current level of hunger as “unprecedented.” With more than 2 million school-age children out of school, the human capital that the country will need to rebuild is eroding.

Even before the conflict, Yemen was among the poorest countries of the Middle East. Just prior to the conflict, average income per capita was less than 1,500 USD and poverty rates were around 50 percent. The country faced substantial developmental challenges, including severe water scarcity, food insecurity, and underdeveloped infrastructure. Yemen’s disparate regions and weak institutions made it fertile ground for the emergence of armed non-state actors, including affiliates of Al-Qaeda and the Islamic State. These problems have only deepened as a result of the war.

No party in Yemen’s protracted conflict appears anywhere near victory. While the Houthis have successfully defended the capital and their northern territories, an impressive feat given the forces arrayed against them, they preside over an impoverished population and have witnessed the steady erosion of governing institutions. The coalition of domestic and Arab militaries supplied by Western powers has imposed a stifling blockade that has cut the Houthis off from the world and limited the inflow of vital supplies. Despite their control of Sana’a, the Houthis lack international legitimacy and have been unable to advance their interests on the global stage. The movement itself is composed of different groups and interests that thus could eventually splinter.

The transitional government has successfully maintained control of the south despite relentless Houthi efforts, as well as clashes with a motivated separatist movement backed by the United Arab Emirates (UAE) which controls the southern stronghold of Aden. Although the transitional government has retained international recognition, it lacks broad-based popular legitimacy at home. Its original mandate was supposed to end in 2014, at the conclusion of a two-year transition process following the resignation of President Ali Abdullah Salah and the formation of the National Dialogue Conference. The government’s continued survival rests solely on military support from foreign entities. Indeed, before resigning in April, Hadi operated mostly out of Riyadh. While the Presidential Leadership Council may create greater cohesion among the southern coalition and presents a new opportunity to advance the peace process, the coalition itself contains groups with divergent interests.

Among the international actors, the Saudis achieved their aim of preventing a Houthi takeover of the entirety of Yemen. However, they have realized little advancement on the ground despite their superior military capabilities and significant expenditures. Moreover, Riyadh has suffered international backlash over its extensive airstrikes and human rights record during the campaign. The United States has also suffered backlash for supporting the Saudis. Furthermore, while US involvement stemmed from concerns about Iranian influence in the Arabian Peninsula and the presence of Al-Qaeda and the Islamic State in the country, their actions have ironically enabled both. Arguably, the only two countries to advance their interests have been Iran, to which the Houthis now owe a debt of gratitude, and the UAE, which despite suffering significant casualties has gained strategic footholds in southern Yemen.

Where does Yemen go from here?

Despite concerted efforts by mediators, no breakthroughs in peace have yet been achieved. The involvement of a diversity of local groups and international actors with competing agendas has complicated the resolution of conflict. Nonetheless, seven years of stalemate and losses encouraged the warring parties to agree to the truce. While there have been breaches — the Houthis continue to lay siege to the city of Taiz, while coalition forces have not opened all agreed upon routes to the north — the truce remains intact. The lull in fighting has prevented humanitarian conditions in Yemen to deteriorate further and has provided space for reflection among parties to the conflict. The latest extension of the truce will end on October 2, 2022. Decisions made in the coming period will determine the course of the conflict. Broadly speaking, there are three pathways forward for the country

First, the fighting could resume if either or both sides see opportunities for advancement. This would be disastrous. Human suffering would increase, infrastructure debilitated, and battlelines hardened. Gains, if any, would likely be incremental and calculations could backfire. The Houthis, for example, might calculate that the Saudis will abandon the effort. However, Saudi Arabia is experiencing an economic and social transformation that has increased the can-do attitude of its people and institutions. Saudi Arabia is also flush with funds from the increase in global oil prices and less like to feel the pinch of its war expenditures. Similarly, Saudi Arabia’s concern over an Iranian proxy on its border may cause it to fight on. However, Iran’s influence over Houthi decision-making has always been overstated. That said, the longer the conflict lasts the closer the ties between the Houthis and Iran are likely to become.

Second, the truce could drag on without a final resolution. This would result in a de facto division of the country. Powerful incentives are already at play in this direction. The Houthis might be content with controlling the northern portion of the country, a wider area than their traditional base of Sa’dah. Southern separatists may decide to strike a deal with the Houthis to divide Yemen between them, dealing the transitional government out. This outcome could lead to cold war conditions, especially (as is likely) if Saudi Arabia and the US institutionalize current sanctions and blockades. Such an outcome would only impoverish the population further and would certainly drive the Houthis to rely more on Iran, while building relationships with other parties outside the Western sphere of influence.

Third, the parties could work toward a lasting peace. The truce provides a chance to gain perspective on the benefits of compromise, even compared to first-best scenarios for each. For example, even if the Houthis were able to gain control of the entire county, they are likely to be ostracized by much of the international community, have difficulty rebuilding, and face resistance from Sunni areas to the south and east, as is clear from their difficulty making inroads in Ma’rib. A more durable outcome for them would be to retain influence over a portion of the northwest where they enjoy local support. For their part, the coalition will have to accept that the Houthis will have a substantial role in a united country. They will also have to provide a larger role for the southern separatist movement under a revised federal system. This would come at the expense of a weaker central government and assurances of reduced foreign influence. The alternative to such a compromise would be a resumption of full conflict – this would be a humanitarian catastrophe where everyone would lose — or a divided country that remains an arena for foreign proxy conflicts and a haven for armed nonstate actors.