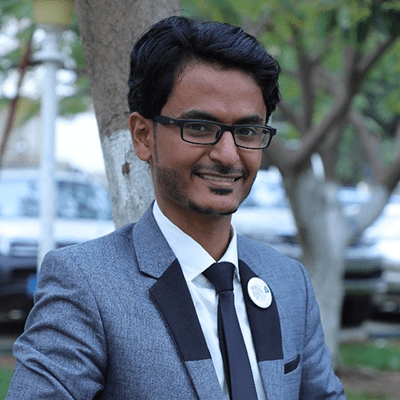 Although Yemen has experienced several decades of autocratic rule, the country also has a long history of being governed by councils representing its diverse political landscape. So, when a new leadership council was formed in April to replace President  Abdrabbuh Mansur Hadi, it was welcomed by many Yemenis and felt like an appropriate and familiar mechanism for improving the political and economic situation and progressing toward an end to the country’s seven-year civil war.

The latest council iteration includes eight members: four from the South and four from the North, including a powerful chairmanship held by Rashad al-Alimi, a former interior minister and member of the General People’s Congress. So far, the Presidential Leadership Council has been successful in easing political tensions among various political parties and militant factions under the central government’s umbrella. Yet based on Yemen’s troubled history with collective leadership, along with recent events on the ground, it is more likely the council ends up contributing to the political deadlock and becoming an obstacle to Yemen’s peace process.

Yemen’s experience with the presidential council

Yemen’s experience with the council system has not been positive stretching back for more than half a century. That was true before 1990, when the country was split between the North’s Yemen Arab Republic and the South’s People’s Democratic Republic of Yemen, as well as in the post-unification Republic of Yemen.

The first presidential council experiment took place following the revolution of December 26, 1962, and the overthrow of the Imams in Northern Yemen. At the time, council members were drawn from the army, and Abdullah Al-Sallal, considered the first president of the newborn Yemen Arab Republic, was placed at its helm. The council kept expanding and contracting its membership until its dissolution in 1966 as a result of Al-Sallal’s unilateral decision-making, which drove the other council members to overthrow him and form another presidential council—dubbed the Republican Council—led by Judge Abdelrahman Al-Irani.

While the Republican Council did not devolve into the private domain of one man, it was eventually overthrown by what would later be known as the Corrective Movement of June 13, 1974. The leader of that coup, Ibrahim al-Hamdi, later formed the General Command Council, which served as a front for his exclusive control over power and decision-making. This did not change after Al-Hamdi’s assassination, nor the subsequent assassination of his successor, Ahmad al-Ghashmi, in 1979, after which Ali Abdallah Saleh ascended to power and remained there for the following 33 years.

The presidential councils of Southern Yemen did not fare better than their Northern counterparts. In the Marxist South, power was equally split among the council members who abided by the leftist ideology. However, disagreements over whether to follow the Russian or Chinese model of Marxism produced internal squabbles that led to multiple coups from within the council. The situation soon degenerated into a full-blown civil war in 1986 that left thousands of dead in its wake.

In 1990, following the reunification of Northern and Southern Yemen, a presidential council was formed to represent both partners of the reunification with two respective leaders, Ali Abdallah Saleh and Salem Al-Abyad, at its head. For the most part, this council was characterized by genuine power sharing, but was riven with political quarrels that were resolved militarily when diplomatic solutions could not be reached. In the summer of 1994, the country digressed into another war that would result in the council’s downfall and Saleh’s monopolization of power.

So why has Yemen experienced this long history of failure in maintaining collective leadership? For one, the country lacks an ingrained democratic culture and the concept of individual rule is entrenched in the public’s collective consciousness. Indeed, almost all previous councils were undone by the eventual usurpation of power by the council’s chairman and the eventual sidelining of other members, as well as the failure to develop internal consensus.

The makeup of past councils has also not been conducive to their success. Council members were never chosen according to any criteria or through a democratic process. They were merely selected by the powers that be at the time the councils were formed. The absence of clearly defined prerogatives and responsibilities for each council member made internal politicking particularly contentious. The undemocratic method of forming councils also invariably left some political factions outside the circle of decision-making.

Reflecting on this history, it is possible to discern that Yemen’s presidential councils failed for three reasons: the organization of these councils was neither clear nor transparent; leadership powers were too concentrated in the hands of their presidents; and the representation of council members was not based on democratic foundations that included all the political parties.

A short-term solution or a ticking time bomb?

The current Presidential Leadership Council was formed under the auspices of Saudi Arabia and the United Arab Emirates (UAE)—two external parties to Yemen’s civil war that back the central government. Political expediency and the desire to move past the presidency of Mansur Hadi dictated the process of its formation much more than the lessons of Yemen’s history with this form of governance. As a result, the current council is composed of members who do not trust each other and cannot collaborate effectively. The continued influence of Saudi Arabia and the UAE over the council may help keep it intact, but there is concern that it will threaten the independence of the council’s decision-making and Yemen’s sovereignty.

Given the council members’ fundamentally different goals and aspirations, Chairman al-Alimi characterized them as “crisscrossing squares” gathered around their mutual opposition to the Houthi movement, which controls the capital, Sana’a, and northern parts of the country. Nevertheless, in an interview with the Middle East Institute, a think tank based in Washington D.C., al-Alimi said the council members have set their differences aside while they pursue the goals of recapturing the state, rebuilding its institutions, providing services to liberated areas, and improving the standard of living for its citizens. He also pointed out that council decision-making requires consensus among its members rather than a majority vote, even if it demanded the pressuring of individual council members to accept the will of the majority.

Recent events on the ground, however, have demonstrated that the council will struggle to keep members from pursuing individual interests, especially given that several command paramilitary forces that can be used outside the collective will of the council.

For example, in August in the governorates of Shabwah and Abyan, the armed forces of the Southern Transitional Council (STC)—a member of the Presidential Council backed by the UAE—clashed with the security forces of the central government, allegedly working in cooperation with the Al-Islah party—also a member of the Presidential Council. The incident was an important test for the council, which was ultimately unable to contain the tensions between its member’s armed forces on the ground.

There is little doubt that the formation of the current presidential council occurred at an extremely complex and difficult moment for Yemen, in the midst of civil war, a humanitarian catastrophe, severe economic dependence, and the direct intervention of neighboring states in Yemen’s affairs. Nonetheless, the process would have been best served by learning the lessons of the past. While the current council does not appear to be at risk of being dominated by a single figure, its members were still selected without a transparent process and it has so far failed to implement effective and inclusive decision-making. Taken together with the events of Shabwa, the council appears increasingly like a ticking time bomb, with each faction buying time in preparation of a post-council future. While the continued involvement of Saudi Arabia and the UAE may pressure the members to peaceably resolve their internal differences, the associated cost of foreign influence over Yemeni affairs remains high and the primary objective of the council—to stabilize the country and serve Yemen’s collective needs—is compromised.

This article was originally written in Arabic.