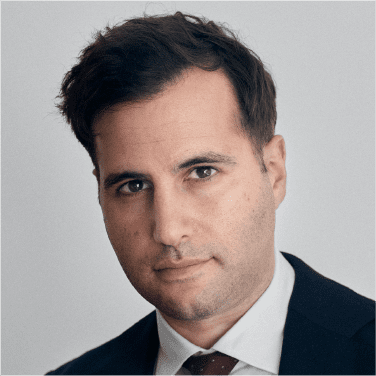 The elections held in the United States on November 8 were billed as the most crucial midterms in a generation. In a country deeply divided along ideological and party lines, the implications of such polls go well beyond domestic affairs. Polarization at home is seeping into Washington’s policy abroad, meaning that even congressional polls, once largely ignored beyond U.S. borders, are now keenly watched by allies and foes alike.

In the event, the results were muddled. The Republicans narrowly won the House of Representatives, while the Democrats kept the Senate. Predictions of a “red wave” of Republican victories that would sweep Donald Trump back to the White House in 2024 proved to be well off the mark.

That did not stop Trump from announcing another presidential run, just days after the vote. But regardless of whether Trump returns to power, division and instability in Washington means other countries are having to navigate partisanship and erratic policy swings in ways that were unthinkable in the past. Moreover, partisan approaches to foreign policy have incentivized foreign powers to try and sway election outcomes in favor of their preferred party, rather than simply seeking influence in Washington more broadly.

That is especially true due to Trump himself, whose persona and agenda are polarizing both at home and on the international stage.

With the exception of rightwing populists in Europe, America’s partners across the pond detested Trump. They were rattled by his transactional view of alliances and his antagonism to institutions and treaties like NATO, the Paris Climate Accords and the JCPOA nuclear agreement. They were overjoyed when Joe Biden and the Democrats defeated Trump in 2020.

These allies will likely take heart from the Republicans’ failure to secure a decisive victory in the midterms, which could have forced a reversal of Biden’s clean energy policy and approach to climate change, as well as weakening American support for Ukraine in its war with Russia—issues on which the Europeans need a dependable partner in the U.S.

For others, however, the midterm election results were less promising. Israel, Saudi Arabia, and the United Arab Emirates (UAE) were closely aligned with the Trump administration, shared—even guided—its vision for the Middle East, and appreciated Trump’s transactional approach which avoided moralizing on democracy and human rights. Those countries almost certainly hoped for a resounding Republican victory that would herald Trump’s return.

This is especially true given how sentiments toward Saudi Arabia and the UAE were shifting within Washington policy circles prior to the Trump presidency. Many on both sides of the aisle were arguing that it was time to reassess the U.S.-Gulf relationship and America’s commitment to the region’s security architecture. Relations with the Gulf states had become particularly frigid during the tenure of President Barack Obama. Wall-to-wall bipartisan support for Israel was also starting to erode, especially as Israel’s then-Prime Minister Benjamin Netanyahu intervened in U.S. politics against Obama

Trump reversed those trends, fully embracing the Gulf countries and Israel’s right wing, making them the centerpiece of his foreign policy. In so doing, however, he brought a sharper partisan dimension to the relationships. Democrats, already increasingly hostile to Saudi Arabia for its human rights record, its catastrophic war in Yemen, and the brutal murder of Jamal Khashoggi, treated ties with the Gulf states as a wedge issue they could use to damage the Republicans’ standing with voters.

Indeed, beyond Trump, Saudi Arabia is broadly maligned among the American public for its lack of shared values and its proximity to—and some believe complicity in—the 9/11 attacks. Despite the kingdom’s longstanding geopolitical importance and its close partnership with the U.S. for more than 70 years, the relationship was always warmer behind closed doors than in public. Trump’s time in office however deepened the contrast between the parties in relation to the Saudis.

In the two years since he left office, the Saudis have remained close to Trump’s inner circle. The Public Investment Fund (PIF, the kingdom’s sovereign wealth fund), for instance, invested $2bn in the private equity firm of Jared Kushner, Trump’s son-in-law and advisor, and $1bn in the enterprise of his former Treasury Secretary, Steven Mnuchin, among others. The Saudi fund has also partnered with Trump’s golf courses on their $2bn mega-project to upend the golfing world, LIV. Indeed, the head of the PIF, Yasir Al-Rumayyan, has been pictured on several occasions with the former president.

In contrast, Saudi relations with the Biden administration and Democratic officials have been turbulent. Shortly after taking office, Biden banned the sale of offensive military equipment to the kingdom.  When Russia invaded Ukraine, the Saudis—along with Israel and the UAE—took a neutral stance, rebuffing Biden’s attempts to rally the international community firmly to the anti-Russian camp. Saudi Arabia’s de facto leader, Mohammed bin Salman, even refused to take a phone call from the U.S. president. Appearing unable to corral important U.S. allies for the greatest international crisis of his presidency, Biden organized a trip to the region to shore up Middle East alliances, only to get caught up in trivial controversy over a “fist bump” with the young Saudi leader.

Worse still, the Saudi-led OPEC cartel decided just weeks before the midterms to cut oil production by two million barrels per day, tightening supply to boost global prices just as the Biden administration was pushing for the opposite. Administration officials were furious. Biden promised to punish the Saudis and congressional leaders called on the president to immediately withdraw U.S. troops defending the Gulf nation.

Although the decision to cut production was clearly in line with Saudi economic interests, it should also be viewed in light of U.S. politics, given the Saudis’ longstanding willingness to manage global oil prices in service of their relationship with Washington. While the price of oil is not a Democrat-vs-Republican issue, it is a political one. A bad economy is often a death knell for the incumbent in U.S. elections. If the Saudis were to leverage their role as global swing producer to impact the U.S. economy in favor of a particular political party, or to see a different president in the White House, that would be unprecedented.

Yet in an era of extreme polarization in the U.S., anything is possible and everything appears to be fair game. Who can forget Trump appealing to Russia to find Hillary Clinton’s “30,000 missing emails” and leak them in order to damage his opponent in the 2016 election? Or Netanyahu addressing the U.S. Congress the previous year without a presidential invitation, to undermine Obama’s nuclear negotiations with Iran? In an article published on November 12, The Washington Post revealed the existence of an explosive U.S. intelligence report that accuses the UAE of meddling in U.S. elections in ways that “go well beyond mere influence-peddling.”

The trend is likely to continue. The increasing politicization of U.S. foreign policy is creating a new incentive structure and opening the door to more foreign influence in Washington as countries seek to secure their own national interests. Yet seeking advantage in the fortunes of one political party over another comes with tremendous risk for the countries that gamble, and creates more volatile relations for all.

The opinions expressed in this article are those of the authors and do not necessarily reflect the views of the Middle East Council on Global Affairs.