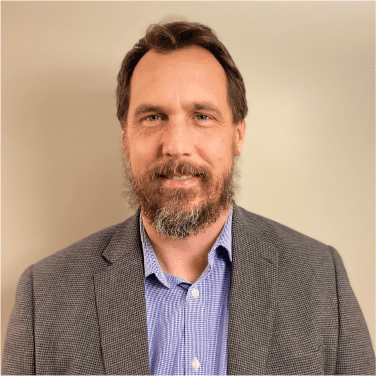 It has been a long, hot summer in Libya. Demand for air conditioning has strained the country’s electrical grid, leading to rolling blackouts that have underscored the unity government’s inability to improve the daily lives of its people. With frustration mounting over the ongoing failure of political elites to organize elections, the blackouts prompted well-organized—if occasionally violent—protests in cities across the country in July. Young Libyans took to the streets to demand improved government services, economic opportunities, and the realization of elections promised by Libya’s power-sharing agreement of February 2021.

The protests coincided with increasing contestation between political elites, especially after elections planned for December 2021 were canceled. Since then, the speaker of the House of Representatives (HoR), Aguila Saleh, has called for Libya’s interim prime minister, Abdul Hamid Dbeibah, to step down, and went as far as having the parliament appoint Fathi Bashagha—a Saleh ally—to replace him in February. For his part, Dbeibah refused to resign absent an election. This has returned Libya to a volatile situation in which there are two competing claimants to legitimate leadership of the country. In July and August, militias tied to both officials have since engaged in multiple gun battles on the streets of the capital.

Both the protests and the armed skirmishes have unsettled the political elite that has governed Libya since the power-sharing agreement was put in place. Many Libya-watchers have raised concerns about a potential return to civil war. However, neither protests nor sporadic violence are likely to significantly change the political situation in Libya. Rather, the structure of the power-sharing agreement—and the complex set of skewed incentives imposed by its design—will ensure that political elites push to maintain the status quo, including through efforts to maintain a delicate balance between the interests of both sides of the conflict and to delay (or indefinitely suspend) elections.

The United Nations-sponsored power-sharing agreement was enabled by an international community eager to bring the civil war to a rapid end after a decade of political and economic instability. In this regard, the agreement has been a success despite the continued existence of numerous militias and private armies. To ensure its initial acceptance, however, negotiators structured the agreement around a distribution of ministerial portfolios and government positions to representatives of disparate interest groups. This left Dbeibah, as interim prime minister, with a fractious cabinet unable to effect coherent policy solutions. Moreover, the arrangement created unchecked opportunities for corruption and malfeasance as power players took advantage of access to government resources to enrich themselves and their cronies.

Since the agreement came into effect, Libya’s complicated network of competing interests, political groups, militias, and tribal associations has coalesced around three nodes of power represented by Dbeibah, Saleh, and Khalifa Haftar, the commander of the country’s largest private army. Competition between these three nodes has led to a suspension of oil exports and continued contestation over control of sovereign institutions like the central bank. No substantive steps have been taken to form a united Libyan military or police forces, disarm militias, or end the presence of foreign military actors providing support for different sides of the conflict. The unity government has lacked the power to improve government services or even to secure a monopoly over the use of force. While political discord has increased since the cancellation of planned elections in December 2021, the power-sharing agreement remains in place, along with the dysfunctional governmental structure.

The recent protests have had an impact on the struggle between the Dbeibah and Saleh camps. As some protesters directed their frustration at Saleh and the parliament, even burning parliamentary offices, the House speaker and his hand-picked prime minister, Bashagha, engaged militias in Tripoli in several failed attempts to secure access to ministerial offices and to push out officials from Dbeibah’s cabinet. Dbeibah’s response to protests has been strikingly different, but it too has introduced an element of instability into Libya’s politics—he reached out to secure an apparent alliance with long-time rival (and former ally to Saleh) Khalifa Haftar. To foster this alliance, Dbeibah replaced the head of the National Oil Company with a Haftar supporter. While politicizing the leadership of an institution essential to the Libyan economy’s stability, this move creates an opportunity for the country to begin exporting oil from terminals closed by Haftar’s forces. In turn, this will ensure the government has access to resources needed to expand services and create jobs. It also will enhance Dbeibah’s standing with external parties desperate for a resumption of Libyan oil exports.

Prospects for Free and Fair Elections

When considering prospects for Libya going forward, concerns about a return to civil war are likely overblown. On departing her post at the end of July, United Nations Advisor on Libya Stephanie Williams warned that the unwillingness of Libya’s political elite to put the country’s interests over their own threatened to undermine the country’s stability. This is certainly true, and although competition among Libya’s political elite for control over the state and its resources has intensified, both sides would ultimately lose out if the country relapsed into widescale violence. Rather, Libyans are likely to face a period of mild, sporadic clashes as elites test out the will of competitors and international actors. The governmental structure put in place under the power-sharing agreement is likely to hold, as it serves the interests of the broader political elite.

In this context, near-term prospects for elections are not favorable. While the power-sharing agreement was secured with an understanding that national elections would be held within a year, no agreed-upon terms were included. This has allowed politicians like Dbeibah and others to support elections in public while quibbling over details in order to delay their realization. In reality, those in power today are reticent to return voters to the polls because it risks disrupting a grip on power that was attained through elite politics rather than popular mandate.

Given the incentives to delay, elections are likely to only commence if their results can be guaranteed, or if the political calculus should change dramatically in the favor of either Dbeibah or Saleh’s camps. In the current energy security environment, the international community would likely back the outcome of such an election, even if it was not free and fair. While that will frustrate the youth who have taken to the streets—and the revolutionaries of 2011—who deserve the opportunity to realize their democratic ambitions, most Libyans are desperately seeking stability after a decade of conflict and would accept with relief any conclusion of the gamesmanship and chaos that has gripped the country since the revolution.