Politics in the Maghreb:

The Brookings Doha Center (BDC) hosted a panel discussion on March 14, 2018 to examine ongoing socio-economic and political issues in the Maghreb region. This event focused on Algeria, Morocco, and Tunisia; a separate event will be held on the Libyan conflict. The panelists discussed key developments in governance, socioeconomic challenges, Islamist politics, and the role of the “deep state” that have occurred in these countries since the 2010/2011 Arab uprisings.

Abdel Ghafar opened the discussion with a key question: seven years after the uprisings, Algeria, Morocco, and Tunisia continue to face the same challenges of marginalized youth, high rates of unemployment, and poor governance. Why have these states not been successful in addressing the demands from the 2011 protests?

Monjib began with an introduction about the situation of Morocco and the importance of political history. He described the various periods of political openings and moments of repression to emphasize the fundamental problem of governance. He argued that while Morocco is one of the most open systems in the Middle East and North Africa region, there is a stark difference between what is happening within Morocco and the view from outside.

He remarked on the recent example of former Prime Minister Abdelilah Benkirane and the Party of Justice and Development (PJD), the Islamist party currently heading the governing coalition in the country. In the 2016 elections, the PJD won, but its leader, Benkirane, was blocked by political elites when he attempted to form a governing coalition. This led to his eventual resignation. In other words, while Morocco maintains the appearance of a vibrant political scene, including a parliament, various political parties, and a very active civil society, its prime minister is unable to actually govern because ultimate power still remains in the hands of its monarch, King Mohammed VI. Monjib concluded his remarks by highlighting the socioeconomic nature of current protests in Morocco, especially those happening in the marginalized northern regions of the country.

Amel Boubekeur underlined the politics of waiting in Algeria. Both the regime and civil society are waiting for change, but no one really knows when and how this will occur. She described an historical trajectory that included a period of revolution, crisis, and elite comeback. The failed revolution of 1988 remains an influential point in recent history. The regime is resilient because President Bouteflika came to power promising peace in the aftermath of a major crisis in the 1990s.

She highlighted the challenges of institution-building and protests that demand greater access to resources instead of revolution. She commented on the important role of the military, the crisis of succession, and the disillusionment surrounding elections. President Bouteflika has been in power since 1999, and the survival of his regime has been based on reconciliation policies, instead of on transparent and legitimate foundations. People voted yes for peace in Algeria. But the terms for peace heavily favored the army. The reconciliation has allowed for the military to survive.

According to Boubekeur, resource rent has created more riots and demands since 2010-2011. The more you give, the more people demand, and the more people demand, the more dissatisfaction there is. Algeria is the country that demonstrates the extent to which social dissent has not been eliminated; it has only been moved outside official channels. There is high dissent and competition among cliental networks.  Basic social protests asking for housing and electricity occur on a regular basis.

Larbi Sadiki posited that we need to question the methodologies used to examine the Maghreb. He brought up the potential for a democratization or social protest paradigm, but he argued that these represented dying and incomplete frameworks. Concerning Tunisia, he described it as a “hodgepodge” between Algeria and Morocco. He believed that one of the most interesting aspects of Tunisia is that it functions as two societies; the other society is rooted in the margins. For him, a little bit of chaos is a good thing for Tunisia because it can be a driving force in creating a state. Similar to the other panelists, he stressed the question of governance, and especially the psychology behind it. Tunisia is in a process of trial and error.

Sadiki described the role played by Nidaa Tunis, the current ruling party, and Ennahda, the Islamist party. He noted that Ennahda gave up functioning as an opposition force in order to support the ruling state, and he articulated what he viewed as a “fetishism of elections.” He argued that Ennahda remains the most organized of the parties, and groups from both the left and right side of the political spectrum are attempting to marginalize it.  For him, it would be a mistake if Ennahda were to bid for power. He went on to remark on the protest movement and its lack of youth recruitment. Finally, he concluded with some questions about the region’s informal sector and why youth are so attracted to it.

On the topic of foreign policy, all three speakers posited that the three countries have attempted to remain relatively neutral in the GCC crisis and have maintained a relatively risk-averse foreign policy. Algeria continues to insist on the norm of non-interventionism; Tunisia maintains a propensity towards avoiding regional conflicts, though it is concerned about weapon smuggling from Libya; and Morocco is shifting towards political and economic influence in Africa. 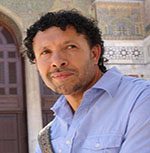